In many parts of the world, the original establishment of farms required removal of the existing vegetation, creating a different, much less natural, environment. There can be a tendency for some people to view farmers as people who don’t value the environment, but rather seek to destroy it for economic gain. In fact, many farmers have a strong affinity for nature. They have to make a living from their land, but that doesn’t mean they are indifferent to the environment around them.

Of course, this is only true up to a point. They don’t prefer land that is fully wooded because that leaves no room for agricultural production. Figure 1 shows the pattern we discovered. 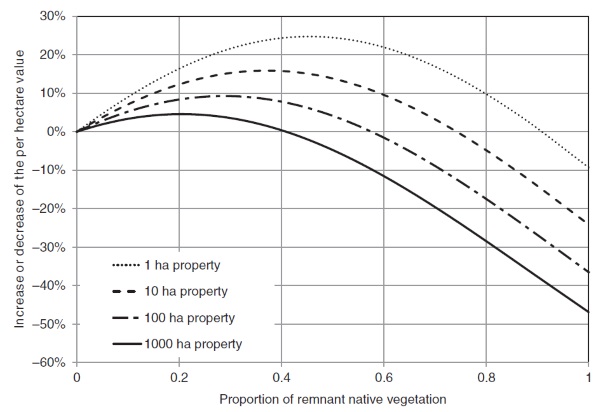 Figure 1. Effect of the proportion of native woody vegetation on land value by property size

While the general pattern is the same for all farm sizes, the numbers are quite different. For a small 1-hectare property, land value is highest when it includes about 45% woody native vegetation. Such land is about 25% more valuable than fully cleared land. These high values reflect that the owners of such small properties are probably there mainly for lifestyle reasons, not to make money from farming (Pannell and Wilkinson, 2009).

At the other end of the spectrum, large landholders (e.g. 1000 hectares) are probably mainly conducting commercial agriculture. However, they still like trees. For them, land value is highest when it includes about 20% native vegetation. At this level, land value is about 4% higher than for fully cleared land. For these farmers, land with anything up to 40% tree cover is worth more than fully cleared land.

For other property sizes, the results fall in between these cases but follow the same pattern. 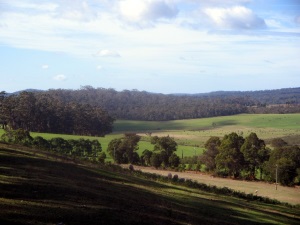 You might be surprised that the optimal area of woody native vegetation for large commercial farmers is so high. I was. We think that there are several contributing factors: the high amenity value of woody native vegetation in this region, its contribution to agricultural production particularly through provision of shelter for livestock, and the presence of areas of low-fertility land on many farms meaning that there is little to gain from clearing it. In some cases it may be that farmers are anticipating breaking the land up into small parcels and selling them to lifestylers who value trees highly.

These results are based on statistical analysis of 7,200 property sales in the region since 1992. Of course, not all farmers with the same farm size have the same assessment of the benefits of native vegetation. However, even those who don’t think it is valuable need to be prepared to pay extra for partly wooded land, or else they will be outbid by other farmers who do see value in trees.

The current extent of native woody vegetation in the region is lower than the extent that would maximize its amenity value to many landowners. In other words, the welfare of many people living in this area could potentially be increased by restoring native vegetation on cleared lands. Of course, whether this is worth doing also depends on the costs of restoration.

There is some public investment in vegetation restoration in the region. Because there is high heterogeneity in the private benefits of native vegetation, there is scope for targeting of this investment. Landowners with high private benefits from re-vegetation would be willing to participate at relatively low public cost.

I did an interview with ABC Radio about this post on 27 November 2015. Listen to it here.

Here is a related video from my free online course, Agriculture, Economics and Nature. It’s an interview with farmer Mike McFarlane about his investments in environmental improvement on his farm, and his support for other nearby farmers to do likewise.

The course is available on Coursera at https://www.coursera.org/learn/agriculture-economics-nature.