I’m just back from an intense but very enjoyable four-week visit to Canada. The trip revolved around our research and decision tools for environmental management. There was a lot of interest and enthusiasm from our Canadian hosts.

Canada has a similar weakness to Australia in that most of their public investments in environmental projects are not rigorously assessed. Anna Roberts and I gave talks, presented training workshops and did new research related to three tools we have developed to help address this weakness:

(a) INFFER (Investment Framework for Environmental Resources): a tool for assessing the cost-effectiveness of environmental projects, ranking alternative projects and testing the logical consistency of proposed projects.

(b) Public: Private Benefits Framework: a tool for identifying the most effective policy mechanism or delivery tool for an environmental project.

(c) ADOPT: a new tool for predicting the speed and level of adoption of new practices by farmers. ADOPT is not publicly available yet, but soon will be.

It was a really busy visit:

I mentioned that there are similar problems with Canada’s public investments in environment as we see in Australia. Interestingly, we seemed to encounter less defensiveness about this message than we sometimes find in Australia. A larger proportion of the people we talked to seemed to be prepared to countenance the idea that there is a need to do much better. I’m not sure why that is. If anything, I suspect Canada’s programs are even weaker than Australia’s in terms of achieving environmental outcomes cost-effectively. A number of Canadian consultants are talking to us about getting accredited to use and support INFFER locally.

Going to Canada is always a delight. The physical environment is so different to Australia, but the character of the people is similar enough for it to be very comfortable, which I don’t find so much in, say, the US. They have real mountains, incredible amounts of water, and a much bigger variety of large visible wildlife. During this trip I saw a grizzly bear, three black bears, lots of elk, some deer, a family of mountain goats, a bald eagle, a weasel, two coyotes, and countless squirrels, chipmunks and ground squirrels. 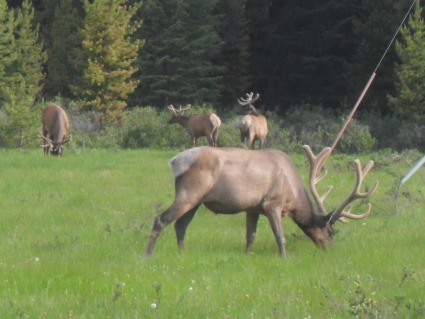 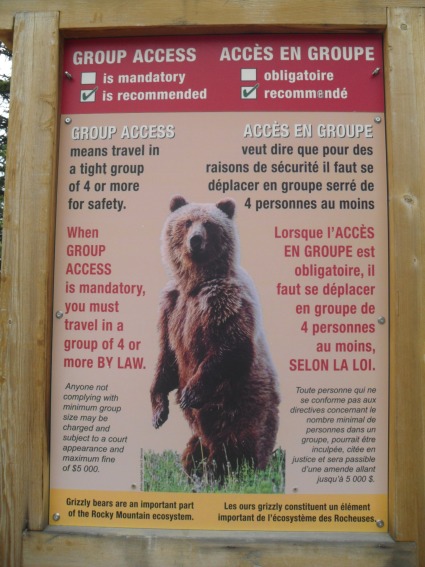 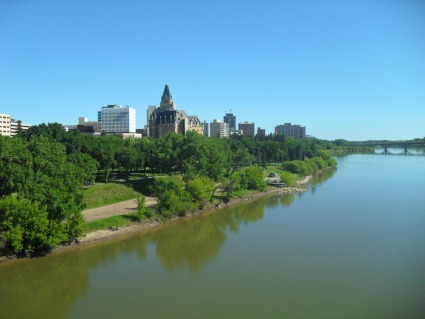