227 – ‘Disadoption’ after a project ends

There are various programs and projects around the world that aim to encourage farmers to adopt a new practice of one sort or another. It’s not uncommon to observe farmers participating in such projects, but then reverting to their old practices once the project ends. What are the implications of this?

If a program has a limited life, it is usually most realistic to assume that funding for projects will be temporary. Examples include Australia’s national natural resource management programs (Caring for our Country, the Natural Heritage Trust, and the National Action Plan for Salinity and Water Quality) which provided one-off funding for projects, usually three years or less. Assuming that we want benefits from these programs to be enduring (which we surely do), we would seek to avoid the sort of scenario I outlined above, where farmers abandon the new practices once the flow of program money ends.

This implies that these programs should be careful in targeting their resources to promotion of practices that that are expected to provide positive net benefits to the target farmers. That is, they are practices that, once the farmers learn about them, will be attractive enough to be continued without ongoing support.

This sort of thinking seems to me to have been completely absent from the above programs, and from many other temporary programs around the world. For example, last week I attended an interesting workshop on Conservation Agriculture in Africa and South Asia, and there seem to have been many examples in that space of temporary ‘adoption’ that was abandoned once projects ended.

Once this has occurred, the logical response is to cease any further efforts to promote the activity, unless you have strong reasons to expect that the circumstances have changed significantly. Examples of relevant changes could include: a new version of the practice has been developed that will perform better for these farmers, a policy barrier to its adoption has been removed, or commodity prices have changed in a way that makes the practice more attractive.This sort of ‘disadoption’ actually gives us powerful insights into the practice that was being promoted. The farmers have tried out the practice in their own context, and decided to stop doing it, so they are making a relatively well-informed judgement that the practice does not suit them. This is clearer and more powerful than simply observing that a practice has never been adopted in an area. If it has never been tried out, you probably can’t be sure that it wouldn’t work if it was tried. But if it has been tried and then abandoned, you can be relatively sure about it. 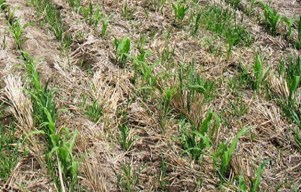 Unfortunately, this sort of common-sense response often doesn’t occur. In the national salinity program we found cases where farmers had been paid repeatedly to ‘adopt’ perennial pasture, but had ‘disadopted’ it each time. In Africa, relatively untargeted promotion of Conservation Agriculture has persisted despite it being well known that ‘adoption’ often evaporates once programs end.

A key understanding is that participation in these sorts of programs does not actually constitute adoption. From the farmer’s perspective, it’s really a case of farmers trialing the practice to see if it works sufficiently well for them. (That’s why I’ve put ‘adoption’ in quotes above.) The benefit of the program is that it allows farmers to make better-informed decisions about adoption, whether or not those decisions are to adopt the practice.

The other implication is that funding that would have been spent on promoting non-adoptable practices should be diverted to other uses. That could include promoting those practices to farmers who have been carefully assessed as being  likely to adopt after trialing, or focusing on ways to improve the attractiveness of the practices, instead of promoting them in their current form.

If you or your organisation subscribes to the Australian Journal of Experimental Agriculture you can access the paper at:http://www.publish.csiro.au/nid/72/paper/EA05037.htm (or non-subscribers can buy a copy on-line for A$25). Otherwise, email David.Pannell@uwa.edu.au to ask for a copy.