Episode 2 in this series on principles to follow when ranking environmental projects. This one discusses one aspect of the metric used to rank projects: how to include costs.

Suppose you manage an environmental program that has a budget available for spending on environmental projects and there is not enough money to fund every proposed project. You have to decide which projects to fund. How should you do it?

There are plenty of project ranking metrics out there in actual use that don’t do this. Some subtract costs instead of dividing them, and some (remarkably) ignore costs entirely. These are mistakes that are costly to the environment.

To illustrate, consider the following three hypothetical projects, with the indicated benefits (B) and costs (C). Because the budget is limited, the first project we should choose is the one with the highest benefits per unit cost (the highest BCR) = project 1. But if we rank according to B – C the top ranked project seems to be project 2, while ranking according to B (ignoring costs) tells us that project 3 is best. 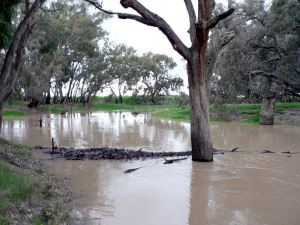 In other words, fixing up the formula is like increasing the program budget by 14% or 23%. It’s much easier to fix the formula than to increase the budget!

The costs should also represent the costs of the intervention or project. If this project did not go ahead, what level of resources could be diverted to other uses?

p.s. (9 May 2013). A slightly more technical issue: it is sometimes claimed that BCRs are flawed because they can be manipulated by transferring costs from the denominator to the numerator. For example, suppose that a proposed project has benefits of $10m, program costs of $2m (requested from the funding program) and other costs of $1m (from other sources, such as the private sector). We could potentially calculate the BCR as 10/(2+1) = 3.3, or else as (10-1)/2 = 4.5. However, there is no ambiguity about the correct way to do this: what should go into the denominator are the costs that are in limited supply from the perspective of the decision makers in the funding program. They are trying to choose the projects that generate the most net benefits per dollar that they have to allocate. So if the other costs are not drawn from a fixed budget, the correct procedure is to subtract the other costs from the benefits, meaning that the correct BCR for the above project would be 4.5.

Things get a bit tricky, however, if projects also require ongoing maintenance funding beyond the current project, and the budget for maintenance funding is expected to be fully allocated. This is realistic for many (probably most) projects. In this case, there are actually two constraints that must be satisfied: the current program budget and the long-term maintenance budget. Strictly, in this situation, projects cannot be ranked using a single formula as a metric. The program would need a mathematical programming model to select which projects deliver the most benefits while satisfying both constraints. In practice, after testing various approaches, I believe that a reasonable approximation is to add up both costs (short-term program costs and long-term maintenance costs) and include the total as the denominator in the single formula.