The charity Oxfam recently released a remarkable report on international wealth inequality. Based on data and analysis published by the Swiss financial company Suisse Credit, they highlighted that the aggregate wealth of the world’s richest one percent of people is about the same as the aggregates wealth of the other 99 percent.

This made my head spin, so I wanted to see the graph of wealth distribution. Using the Oxfam/Suiss Credit data, I put together an approximation of the Lorenz Curve for the whole world (Figure 1). To create a Lorenz curve, you rank all the people, from poorest to richest, and plot the proportion of the world’s wealth that they own. The graph shows the proportion of the world’s wealth that is owned by the poorest X percent. 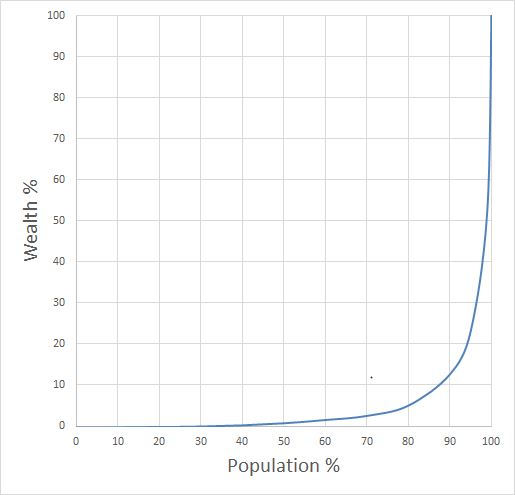 Figure 1. The percentage of the world’s wealth that is owned by the poorest X percent of the population.

The figure reinforces the remarkable extent of inequality indicated in the headline 1%:99% fact.

For example, it shows that the least-wealthy 70% of people own just a few percent of the world’s wealth between them.

The wealth of the bottom 30% is roughly zero. If you look closely, you can see that the line disappears below the axis for the bottom group of people, indicating that they have slightly negative wealth.

At the other extreme, the wealth of the very richest people is astounding. You can’t make this out on the graph, but the richest 80 people in the world – with individual wealth ranging from $13 billion to $76 billion in 2014 – have as much wealth between them as the bottom 50% of people on the planet. That’s 80 people versus 3,500,000,000 people.

However, you might be surprised to learn that the story of the richest 1 percent is not all about billionaires, or even millionaires. To make it into the richest 1 percent, you need wealth of about $800,000. There are 1.8 million such people in Australia. Those of us who live in Australia (or in any developed country) would come across top 1 percenters on a regular basis – they are all around us. They are mostly not people living a jet-set lifestyle. Within a developed-country context, most of them would not be considered especially rich.

That is even more true of the top 10 percent. The wealth you need to make it into that group is only $77,000. As one of my colleagues commented, this reveals that the problem is not “those rich bastards”. It’s us! 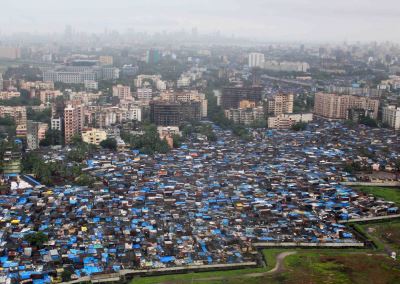 This is not to say that the poor are not improving their lot. In many developing countries, the average wealth of poor people, and especially middle-ranked people, has improved over time (see here). It’s just that the wealth of people who are already wealthy is growing more rapidly, not just absolutely but relatively.

Another surprising result is that there are quite a few people from developed countries at the bottom end of the distribution. These are mostly people who have assets, and actually have a pretty good standard of living, but they also have large debts that leave them with negative net wealth. The collapse of house prices in the US associated with the Global Financial Crisis created many such people. Remarkably, about 7% of Americans are in the bottom 10% for net wealth. Only India has more people in this poorest group! Of course, this reveals that net wealth is not the whole story. An American from the bottom 10% is likely to have a much higher standard of living and much greater opportunities for improvement than an Indian from the bottom 10%.

The difficult thing, of course, is the question of what should be done about all this inequality. Oxfam has some proposals, but others have argued that inequality per se is not a problem, as long as the lot of the poor is improving. To me it seems that extreme inequality is a concern in its own right, particularly within a country, but that it would be hard to support measures to dampen inequality if doing so would make poor people worse off. This is a  can of worms, of course.