366. Environmental accounting: is it worthwhile?

In our first-year course on environmental economics, we get the students to read and discuss quite an old paper by an environmental economist criticising the concept of GDP. Amongst its weaknesses is that, because it only measures flows of money through the economy, it misses many of the benefits generated by the environment. 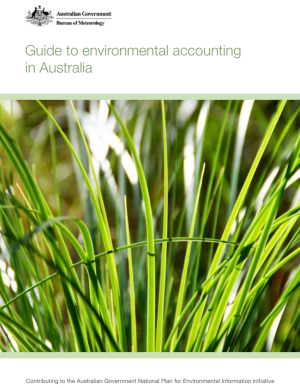 Perhaps in response to this critique and others like it, there has long been a small group of environmental economists working on the idea of building similar sorts of metrics specifically for the environment. Recently, that group has exploded in numbers and encompassed people from various backgrounds, not just economics. The mainstreaming of the idea is reflected in the fact that the United Nations has developed and released a statistical standard called the System of Environmental-Economic Accounting – Ecosystem Accounting.

What this does is quantify the levels of natural capital of various types, and the flows of ecosystem services from that natural capital (or at least some of them). The UN initiative seems to have prompted a number of governments to invest in the development of environmental accounts, including the Australian Government.

Amongst enthusiasts for the approach, there are many claims about the benefits that will arise from the creation of environmental accounts, including:

All of those dot points are direct quotes from various documents about environmental accounting put out by parts of the Australian Government.

The problem is that environmental accounting isn’t designed to do most of those things. It does the last one, and it provides a form of monitoring that may enhance accountability and public trust. If used for a natural resource that can be bought and sold in a market, like irrigation water in Australia, an account could be used to provide market integrity by keeping track of how much water there is and where it goes. That’s less of a benefit for environmental assets that are not bought and sold (i.e., most of them).

The one that really bothers me is “inform decision making” (and the two points after that, which are also about decision making). One sees this claimed again and again as an expected benefit of environmental accounting. Unfortunately, it is a claim that cannot be sustained.

Decision making implies that there is some action or intervention or policy about which a decision will be made. The requirements for good decision making are well understood. In weighing up the various options for protecting or enhancing the environment, decision makers need to consider:

In this, environmental accounts are the same as traditional national accounts. GDP doesn’t provide the information needed to make any particular decisions either.

In addition, even if that problem was fixed by linking environmental accounts to particular actions or policies, the way they quantify environmental values is not a valid way of measuring the benefits of an environmental action or policy. Accounts are based on what is called “exchange value”, which is how much money people spend on a good or service in a market, or would spend if a market existed. Without going into economists’ well-developed theories on how to measure the benefits of an action or policy, I’ll just say that exchange value is not a good measure, and may be a very poor measure, of value.

Overall, if governments are putting money into environmental accounting on the basis that it will help them with their environmental decision making, they are being misled.

In my view, the nearest environmental accounts can come to helping with decision making is to be used to raise a red flag where something dramatic and bad is happening to the environment. It could serve a similar role as a canary in a coal mine. In this role, it doesn’t help to make a decision; it just helps us to recognise that a decision might be needed, at which point we would need to evaluate the decision options properly. Even then, given problems of data quality, slow dynamics and aggregation, I have my doubts about how effectively environmental accounts can serve a “canary in a coal mine” role.

If I’m right that that is the main contribution of environmental accounting to decision making, then it seems to me that reporting environmental status in biological or physical terms is probably sufficient for that purpose. Going the extra step of monetising the environmental values probably doesn’t enhance its potential to contribute in this way.