377. Grain growers adapting to climate change in the WA wheatbelt

I was recently asked by some government colleagues to provide my perspective on farmers’ adaptation to climate change in the Western Australian wheatbelt. Here’s a revised version of what I wrote, plus some extra thoughts at the end about pre-emptive adaptation.

There has been a slow long-term trend towards lower rainfall in many parts of the Western Australian (WA) wheatbelt – more so than in grain-growing regions of other Australian states. On average, much of the decrease has been in the winter months, when crops are young and there is usually plenty of water available. In some situations, less water at that time of year can reduce waterlogging and increase yields. On the other hand, it probably resulted in a reduction in stored moisture that is important for later in the growing season.

There has been a slight increase in average temperature, which also has pros and cons. It could be a benefit in cooler parts of the region, but it has led to an increase in the frequency of extreme-temperature days during the growing season, the latter having the potential to significantly decrease yields.

The rates of change in these climatic variables have been slow, so the trends have been very small relative to year-to-year fluctuations. You need to look at data over 50 years or more to detect the trends reliably. Farmers often have vivid memories of the weather conditions in the years they have been farming, but it’s not realistic to think that they would accurately perceive the long-run climatic trends affecting their farms unless they are doing statistical analyses of long-run data. They certainly are aware of weather outcomes that they have experienced, but these are predominantly random fluctuations rather than long-run trends. 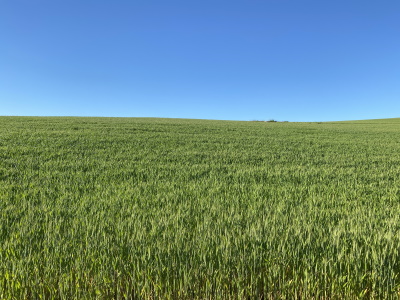 While the long-run changes in climate have been occurring, grain production in WA has been dramatically transformed, especially over the past 40 years or so. In that time, notwithstanding the negative aspects of climate change, crop yields have increased by around 100%, driven by a whole host of changes to crop varieties, crop production technologies and farming systems. The specific changes have included increased fertiliser usage, application of herbicides for weed management, reduced tillage, retention of crop residues, earlier crop sowing, increased use of dry sowing of crops, the use of break crops (with benefits for root diseases), a move away from rotating crops and pastures (with benefits for weed management and soil structure), controlled-traffic farming (to reduce soil compaction), deep tillage and related methods to ameliorate soil compaction, and innovative weed management in response to herbicide resistance (weed-seed capture).

A number of those changes have helped to alleviate negative impacts from climate change, especially lower rainfall, by conserving or making better use of moisture (e.g., zero till, early sowing, dry sowing, new crop varieties, break crops, better weed control), but in my view, all of them would have been adopted to pretty much the same extent even if the climate had not changed. Climate change increased the benefits of adopting these practices, but the benefits were already large for relevant farmers.

A lesson from this experience is that adoption of new farming practices is not just about climate and should not be viewed through a narrow lens that focuses on adapting to climate change. Climate change is part of the mix of factors that could influence farmers, but it is just one part, and it may not be the key part that motivates adoption of particular practices.

In discussions about climate change adaptation, one sometimes sees people suggesting that farmers should be prepared to change their farm management pre-emptively, to get prepared for climate change that hasn’t happened yet. However, in my view, given the high levels of uncertainty about the nature, extent and timing of future climate change at the farm level, that is unrealistic.

Adaptation will happen, but probably not pre-emptively. Farmers are already responding every year to the weather and market conditions they observe, adjusting crop types, crop areas, rotations, input rates and so on to avoid risks and maximise opportunities. Farmers will continue to respond to the conditions they observe at key decision times. To the extent that climate change affects those conditions, it will be factored in. Viewed in this way, long-term adaptation will just be the sum of the annual adjustments and largely short-term decisions that farmers make.

One of the likely outcomes of climate change is an increasing frequency of droughts and other extreme events. Perhaps that is an area where there could be beneficial adaptive changes that are more strongly driven by climate change. But even here, one of the most important factors influencing whether a farm business survives an extreme event is the general economic health of the business. One key to that is adoption and effective implementation of practices like those on the long list of (relatively) recent innovations I presented earlier.

Overall, my view is that an emphasis by governments on encouraging farmers to change their farm management practices in order to adapt to climate change is probably misplaced. For various reasons, it is unlikely to have much influence on what farmers do in practice, including because farmers will be wary of advice that is too narrowly focused on adapting to climate change – they know it’s just one of many factors to consider. They do respond to climate change that has occurred but are unlikely to take actions that anticipate climate change that hasn’t yet occurred. A more beneficial role for governments is to invest in R&D to generate productive new technologies and systems, including those that are better suited to predicted climatic conditions.