Episode 16 in this series on principles to follow when ranking environmental projects. It covers a couple of issues related to costs that didn’t fit in the previous posts.

Sometimes people criticise the use of the Benefit: Cost Ratio (BCR) to rank projects, on the basis that that it can be manipulated to some extent by moving costs between the denominator and the numerator (e.g. Office of Best Practice Regulation, 2009; Jenkins et al., 2011). For example, suppose you have already calculated an initial BCR for a project, but now you find that there is an additional cost that should be included. You could do one of two things with that cost: you could subtract it from the numerator, resulting in smaller benefits in the BCR, or you could add it to the denominator, resulting in larger costs in the BCR. If benefits exceed costs even after accounting for the new cost, then subtracting the new cost from the numerator would result in a larger BCR than adding it to the denominator. 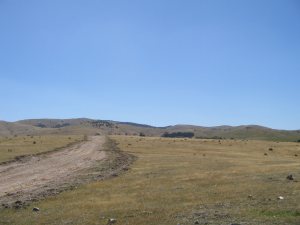 This criticism of using the BCR for ranking projects reveals a lack of understanding of the logic of the formula. To rank projects correctly, the costs that go in the denominator are the costs that would be drawn from a limited pool of funds. Any costs that are not drawn from a limited pool should, in principle, be subtracted from the numerator, rather than being added to the denominator. It is not correct to move costs arbitrarily between the two. There is a clear logic about which costs go where. It’s surprising how often this misconception is repeated, even by economists.

The second issue relates to the sharing of costs between different benefits. In PD243 I talked about how to assess projects that generate multiple benefits. A related issue I struck once was in a case where the organisation wanted to rank potential investments in a number of threatened species individually, even though they knew that the actions needed to protect one species would help to protect others as well. I can see why they would want to do this – it would be tidy to be able to create a ranked list of all the species.

Generally, I wouldn’t recommend this approach unless it’s important to create a ranked list of each individual environmental asset. For that purpose, it is probably the best that can be done, but it’s still a somewhat crude approximation. It’s better to rank projects rather than assets (see PD235) and if a project generates multiple benefits, so be it – use one of the approaches in PD243.