Environmental triage is an important but sometimes-controversial concept in environmental management.

Triage is routinely used in medical emergency situations to determine who out of a group of sick or injured patients should receive treatment and who should not. The idea is to identify those patients who will survive and recover without treatment, and those patients who are too injured or sick to respond to treatment. Having excluded these two groups, resources can be concentrated on those patients who are most likely to benefit from treatment. A key aim of the system is to avoid tying up large amounts of treatment effort on patients who ultimately cannot be helped, in order to help a larger number of patients who can really benefit.

It is not hard to see how triage could be relevant to environmental problems. Just like medical patients, some environmental assets don’t really need help, some are beyond helping, and some could benefit from help. By targeting environmental funds to the last group, we could achieve greater environmental benefits than if we tried to help all three groups. Just like in medicine, the most intractable cases tend to use up very large amounts of resources for little or no ultimate benefit. 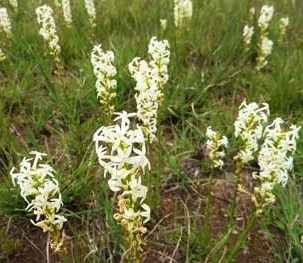 Criticisms of environmental triage seem to focus mainly around the idea that it is defeatist. People argue that it implicitly gives governments an excuse for under-funding environmental programs. By providing a formal process for dealing with poorly resourced programs, it gives under-funding a cloak of respectability, and so it lets governments off the hook. Rather than picking winners, the argument goes, we should increase the environmental budget so that all environmental assets can be protected.

Many of us would agree that funding for environmental programs should be increased. However, ruling out environmental triage in order to try to increase environmental funding is highly self-defeating. The environmental benefits of a triage-like approach can be enormous compared to a more “equitable” approach, especially if resources are tight. (They almost always are tight.)

For example, in 2010 Richard Fuller and his colleagues at the University of Queensland estimated the costs and environmental benefits of 7000 environmental projects (for protection of reserves) around Australia. In their data set, the best 5% of projects, in terms of environmental value for money, are around 330 times better than the median project. In other words, being clever and a bit ruthless when choosing which projects to fund can make a really major difference to the environmental outcomes achieved. Commonly, our environmental programs are not this clever or ruthless, and we miss out on achieving much greater environmental benefits.

Of course, I am not arguing against increasing environmental budgets. I’m just arguing that ruling out triage is not a sensible strategy for seeking such increases.

The practical reality is that environmental funds are generally so tight that we always leave a large number of environmental assets unprotected, or so poorly protected that we may as well not bother. In a sense, we are already applying a sort of triage, without calling it that. The question, then, is not whether to apply triage – it is whether to apply it in a systematic, well informed way or in an ad hoc, uninformed way. The answer is obvious, because the alternative is so environmentally costly.

Strictly speaking, the medical triage analogy is not actually a completely snug fit in the environment sector. For example, in the medical world, the focus is on helping patients recover, whereas for the environment, the main aim in some cases is to stop an asset from degrading further. In medicine, we assume that all patients are of equal intrinsic worth, whereas environmental assets vary greatly in their significance or importance. Medical triage is typically short-term in nature, whereas environmental decision making needs to consider issues over a much longer time frame. Techniques have been developed to deal with these additional complexities, such as the Investment Framework for Environmental Resources (www.inffer.org).

Overall, the key point is that targeting resources to those cases that offer the best environmental outcomes for the available resources is good for the environment. It requires organisations to be willing to say what they will not do, which can be politically challenging, but we should be applying tough love where possible. This is increasingly being recognised by environmental managers around the world.