Episode 13 in this series on principles to follow when ranking environmental projects. It is about how to account for the in-kind costs that are contributed by the organisation that is responsible for delivering the project.

If the cash funds provided for a project are not sufficient, it’s common for the organisation that’s running the project to make up the difference. For example, they may cover some or all of the costs of: project staff salaries, administrative support, office space, stationary, telephone calls, and so on.

These ‘in-kind’ costs provided by the organisation responsible for the project are real costs and should be accounted for when projects are being ranked. 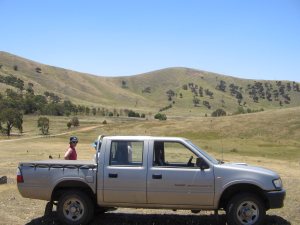 Generally, organisations have a limited level of resources that they can use to provide in-kind support to projects. From a theoretical perspective, this creates a slight problem, because there are now two limited pools from which different types of costs (cash and in-kind) are being drawn.

Strictly speaking, this means that you cannot rank projects based on a single formula. The BCR only ranks projects correctly if there is only one constraint on costs (e.g. on the level of funds in the pool of new cash). If there are two constraints, it is impossible to specify a formula that is guaranteed to rank projects correctly. In theory, what one would have to do is build a constrained optimisation model with separate constraints for the two types of funding (e.g. using the technique of mathematical programming).

In practice, that is almost never going to happen, because of the additional time and expertise required, and the loss of transparency and intuitiveness in the results. Fortunately, treating all costs as if they come from one large pool (i.e. including them all in the denominator) is usually a very good approximation of the theoretically correct approach. (The loss of environmental benefits was less than 1% in the examples I looked at.) So that’s the approach I recommend – use …

where K is in-kind costs provided by the organisation.

As was the case with cash costs, if in-kind costs are borne for more than a few years, then they should be discounted before adding them up to calculate K (PD242).

There is one combination of circumstances when it would be OK to ignore in-kind costs. This is when (a) in-kind costs are close to being the same proportion of cash costs for every project, and (b) you only care about the ranking of projects, not in assessing whether their overall benefits exceed their overall costs. Situation (b) is reasonably common, but I don’t think you would often find situation (a), especially if projects from different organisations are to be compared when funding decisions are made.