Episode 12 in this series on principles to follow when ranking environmental projects. It is about how to account for the cash costs of projects.

Even where costs are included in the ranking process, people tend to think that the cost aspect is simple and straightforward. In fact there are some tricky aspects to be aware of.

There are several different types of costs related to environmental projects that may need to be considered when ranking projects. They are: the cost of the project itself (cash costs to the funder, in-kind costs to the lead organisation and private costs to participants), ongoing costs to maintain the benefits generated by the project, and the opportunity cost of the funds invested in the projects. The last one is different in nature from the others, and we have already dealt with it in PD242 (on time lags and discounting). This time I’ll cover project cash costs.

For an environmental project to proceed, money is needed for various purposes, potentially including: the time of people employed to implement the project or provide support to the project, cars, fuel, machinery and equipment, payments to people to encourage behaviour change, legal costs, office space, telephones, insurance, publicity, printing, and so on. 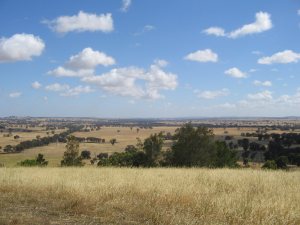 Whether an organisation is allocating its own cash resources amongst projects or applying to an external funder, the cash allocated to a project may not be enough to pay for all associated costs. Often the lead organisation bears some of the costs out of existing salary or operating budgets (in-kind costs), or people in the community voluntarily contribute time or other resources (private costs). I’ll cover these non-cash costs in the next two posts.

Accounting for new cash allocated to a project is straightforward. It counts as a cost, and should be included in the denominator of the Benefit: Cost Ratio.

In theory, to calculate C, costs in future years should be discounted to their present values (see PD242) before adding them up. How important it is to do this discounting depends on the number of years over which the funding will be rolled out. If it is only a short project (e.g., three years), the error in total costs if you ignore discounting of costs is only a few percent, so it doesn’t matter much. Leaving cash costs undiscounted might even help to offset the common tendency for excessive optimism about projects (PD213).

On the other hand, if the project funding is longer in duration, discounting probably matters. For example, if the project involves constant funding over 10 years, failing to discount would exaggerate total costs by around 25% (assuming a 5% discount rate). For some projects, this would affect whether benefits exceed costs (which can only be seen if benefits are being measured in dollar terms).

Discounting costs matters most if some of the projects being considered involve funding over much longer time frames than others, because in those cases it can affect the ranking of projects.

Cash costs unambiguously go in the denominator, because the level of cash available for funding environmental actions within a program is always limited. Whenever projects require a resource that is limited in availability, the right ranking is calculated by dividing project benefits by the quantity of that resource required by each project.

I’ve seen a ranking metric in actual use that put a weight on cash costs and subtracted them from the estimate of project benefits. This is slightly better than ignoring costs entirely, but only slightly. There’s no reason not to get this right – it’s trivially easy.