Episode 20, the last in this series on principles to follow when ranking environmental projects. It provides a brief summary of the whole series.

You can obtain a PDF file with all 20 episodes of this series integrated into one document here.

Around the world, thousands of different quantitative systems have been used to rank environmental projects for funding. It seems that every environmental body creates anew or re-uses at least several such systems each year. Judging from the examples I have examined, most of the systems in use are very poor. The performance of many of them is not much better than choosing projects at random. If only people would be more logical and thorough in their approach to ranking environmental projects! The potential to reduce wastage and improve environmental outcomes is enormous. That’s why I wrote this series. 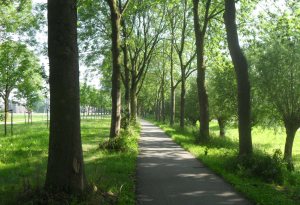 There are many ways that you can go wrong when putting together a formula to rank projects, and unfortunately the quality of the results is quite sensitive to some of the common errors. Common important mistakes include: weighting and adding variables that should be multiplied; messing up the comparison of outcomes with versus without the project; omitting key benefits variables; ignoring costs; and measuring activity instead of environmental outcomes.

Fortunately, though, it’s not hard to do a pretty good job of project ranking. A bit of theory, some simple logic and a dose of common sense and judgment lead to a set of specific guidelines that are presented in this series. The essential points are as follows.

In summary, the content and structure of the ranking formula really matters. A lot. A logical and practical formula to use is:

BCR is the Benefit: Cost Ratio,

V(P’) is the value of the environmental asset at benchmark condition P’,

A is the level of adoption/compliance as a proportion of the level needed to achieve the project’s goal,

Rt, Rs, Rf and Rm are the probabilities of the project failing due to technical risk, socio-political risks, financial risks and management risks, respectively,

L is the lag time in years until most benefits of the project are generated,

r is the annual discount rate,

V can be measured in dollars, or in some other unit that makes sense for the types of projects being ranked. The advantages of using dollars are that it allows you to (a) compare value for money for projects that address completely different types of environmental issues (e.g. river water quality versus threatened species) and (b) assess whether a project’s overall expected benefits exceed its total costs.

For some projects, it works better to calculate potential benefits in a different way: [V(P1) – V(P0)] rather than V(P’) × W. They are equivalent but involve different thought processes.

A simplification that might appeal is to combine all four risks into one overall risk, R. If you do that, also drop ‘× (1 – Rf)’ from the denominator (because you no longer have a separate number for Rf). This simplification makes the formula look a bit less daunting, but it probably doesn’t really save you any work, because you should still consider all four types of risk when coming up with values for R.

This formula works were there is a single type of benefit from a project, or where the V scores for multiple benefits have already been converted into a common currency, such as dollars, and added up. If a project has multiple benefits and you want to account for them individually, replace V(P’) by the weighted sum of the values for each benefit type. For example, if there are three types of benefits, use [z1 × V1(P’) + z2 × V2(P’) + z3 × V3(P’)], where the z’s are the weights. I’m assuming here that the other benefit variables (W, A, R and L) are the same for each benefit type. If that’s not approximately true, you need to adjust the formula further.

One reaction I get is that it all looks too complicated and surely isn’t worth the bother. My response is to ask, if you could double your budget for projects by putting a bit more effort into your project ranking process, would you do so? Of course you would. Doubling the environmental benefits generated from your environmental investments is rather like doubling your budget. If your current ranking system is of the usual questionable quality, doubling the benefits (or more) is readily achievable using the approaches advocated here.

That’s all! Thanks for reading and best of luck with your project ranking endeavours.

Here is another version of this summary, as published in the Decision Point magazine, in case it is helpful to have a pdf.