I gave a talk to the Ontario Ministry of Agriculture, Food and Rural Affairs (OMAFRA) on July 16, 2019, exploring ways to reduce water pollution from agricultural fertilizers.

Many methods have been proposed to reduce water pollution from agricultural fertilizers. The list includes use of nitrification inhibitors, land retirement, vegetation buffer strips along waterways, flood-plain restoration, constructed wetlands, bioreactors, cover crops, zero till and getting farmers to reduce their fertilizer application rates. 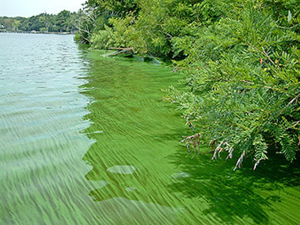 Last year, while I was at the University of Minnesota for several months, I reviewed the literature on these options and came to the conclusion that the option with the best prospects for success is reducing fertilizer application rates. It’s the only one of these options that is likely to be both effective and cheap.

In my talk, I made the case for agencies who are trying to reduce pollution to focus on reducing fertilizer rates.

In brief, I identified three key reasons why there are untapped opportunities to reduce fertilizer rates.

1. Some farmers apply more fertilizer than is in their own best interests. Surveys in the US suggest that something like 20 to 30% of American farmers could make more profit if they reduced their rates. If it was possible to identify these farmers and convince them of this, it would be a rare win-win for farmers and the environment.

2. Even those farmers who currently apply fertilizer close to the rates that would maximize their profits could cut their rates without sacrificing much profit. Within the region of the economically optimal rate, the relationship between fertilizer rate and profit is remarkably flat. New estimates by Yaun Chai (University of Minnesota) of this relationship for corn after corn in Iowa indicate that farmers could cut their rates by 30% below the profit-maximizing rate and only lose 5% of their profits from that crop. For corn after soybeans, the equivalent opportunity is for a 45% cut!

3. Some farmers believe that applying an extra-high rate of fertilizer provides them with a level of insurance. They think it reduces their risk of getting a low yield. However, the empirical evidence indicates exactly the opposite. When you weigh up the chances of an above-average yield and a below-average yield, higher fertilizer rates are actually more risky than lower rates. In addition, price risk interacts with yield risk to further increase the riskiness of high rates.

I think there is a real opportunity to explore these three factors in more depth and try to come up with policy approaches that could deliver reduced fertilizer usage in a highly cost-effective way. Some of it would just be about effective communication (e.g. the design of “nudges”, as popularised in behavioural economics) while some might require a modest financial commitment from government or industry. One idea is to offer something like a money-back guarantee to those farmers who agree to reduce their rates by a specified amount. If they lose money as a result, they get compensation. Because of the flatness of the fertilizer-profit relationship, the payments required would usually be very small.

I recorded the presentation to OMAFRA, and it’s available here.