Optimal input rates (e.g. of fertilizer to a crop) are not affected by fixed costs. I had an interesting discussion with a Canadian poultry farmer last month, who needed to be convinced of this fact.

In Canada last month I gave a seminar at the Ontario Ministry of Agriculture, Food and Rural Affairs on water pollution from agricultural fertilizers, and how an understanding of the economics of fertilizer application can help identify cost-effective policy strategies for reducing pollution.

One thing I talked about was the economics of applying too much fertilizer (more than would be in the farmer’s own financial interests). 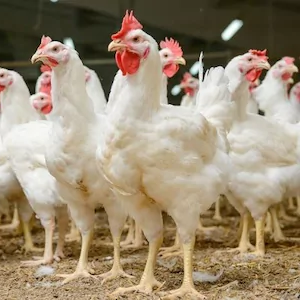 One attendee at the seminar was a poultry farmer (who was also a scientist) who later wanted to talk to me about a reason for increasing input rates that I had not mentioned. The reason he suggested was that, by increasing input rates a farmer can increase his or her production, and even if the resulting increase in revenue is not enough to cover the additional input costs, it helps to dilute the fixed costs of production over a larger value of outputs, making the farmer better off overall.

He said that this is an idea that is common amongst poultry farmers, at least in Ontario. The problem is that it’s completely wrong. There is no way that increasing input rates above the level that maximises the difference between revenue and input costs can make a farmer better off, even if it does mean that the average fixed costs per unit of output is lower.

A simple numerical example will make this clear.

In this example, there is a production cost of $50/ha which is not affected by the rate of fertilizer used. In this sense it is “fixed”.

As the rate of fertilizer applied increases, the input cost goes up, and so does the crop yield, although it increases at a decreasing rate.

When you are considering the optimal level of an input, the only costs that matter are the costs that vary as you vary the level of the input. Fixed costs cannot possibly affect the optimal rate of an input because they are fixed. They stay the same at all input rates. The fact that average fixed costs per unit of output might fall at higher input rates is completely irrelevant.

I think I convinced the Canadian poultry farmer. He said he was going to talk to his other farmer friends about it.

Although boosting an input rate loses a farmer money, in many cases the amount lost will be quite small unless the input rate is especially high (due to “flat payoff functions” – see Pannell 2006). That may be why the error has not been detected by the farmer or his friends. The loss may be too small to be noticeable.

To the extent that farmers think that diluting fixed costs is a good idea, explaining to them that it is pointless may help to reduce some farmers’ tendency to apply too much fertilizer. If successful, this may contribute to reducing water pollution.