My first job out of university back in 1983 was working on the MIDAS model. On October 19 a group of us got together in a workshop to celebrate the 25th anniversary of the model, which is still in active use.

MIDAS is a whole-farm bio-economic model that has been used for analysis of research directions, to advise on agricultural policy and to inform agricultural extension.

In the international world of agricultural computer models, MIDAS is extremely unusual in its longevity. Very few such models last a decade in use, let alone a quarter century. Discussions at the workshop identified several likely reasons for its longevity, including:

The first point is particularly important. Three of the of the four original model developers are still involved, not in a hands-on way, but in positions where they can encourage and support MIDAS use (Ross Kingwell, Mike Ewing, and myself). In addition there are two active hands-on model developers/users who have been involved for around 20 years (Andrew Bathgate and John Young).

Most participants in the meeting were from Western Australia, but there is now a large number of MIDAS models for regions of other Australian states: New South Wales, Victoria and South Australia. There seems to be a large new audience for MIDAS who are recognising the model’s ability to integrate science and economics to look at farming issues.

MIDAS shows that you don’t need to use the latest modelling methods to create a very useful tool (it is based on linear programming, which was invented in the 1940s). You do, however, need to do a very good job of both the modelling and the associated communication and collaboration. 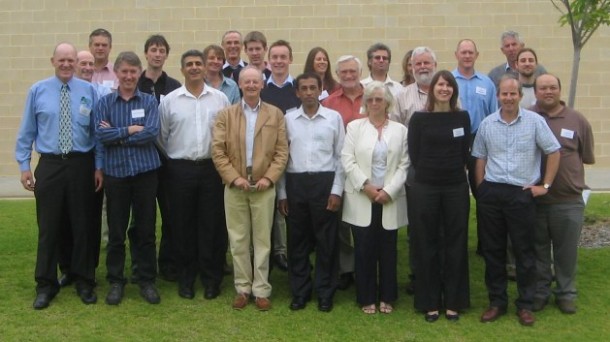