Describing changes or differences in percentages can be perilous, particularly if the thing that is changing is itself a percentage. If you aren’t careful, you can easily do it in a way that is interpreted differently than you intend.

People often describe percentage changes in percentages poorly. It’s a pet peeve of mine. Even in scientific research articles, in which the writing should be clear and unambiguous, it is not too hard to find something like the following.

Alternatively, it might mean that the percentage of women who smoked increased by 27 percentage points. The later percentage would then be 26% + 27% = 53%.

The two interpretations can have very different results, as they do in that case. Here’s another similar example.

In 2004, smoking accounted for 18% of deaths from all causes among men. The equivalent figure for women was 8% lower.

The correct answers are 33% and 10% respectively, but there is no way that you could be sure of this from the way they were written above. 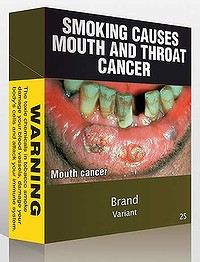 The issue is that a percentage change in a percentage can be expressed in relative terms (relative to the original number) or in absolute terms (the number of percentage points). If you don’t indicate which of these two you mean, then other people have no option but to guess, and they might guess wrong.

If the percentage change is relative, insert “a factor of” instead: “this figure increased by a factor of 27 percent” or “the equivalent figure for women was a factor of 8 percent lower”.

Or if you feel that these make the text a bit cumbersome, just tell us the second percentage, rather than saying how different it is from the first percentage: “this figure increased to 33 percent” or “the equivalent figure for women was 10 percent”.

3 thoughts on “204 – Describing changes in percentages”