Criticisms that have been leveled at survey-based methods for putting dollar values on the environment include: that the results have been shown to be inaccurate or illogical to some degree; that lay people in the community are not sufficiently informed to provide meaningful values; that decisions should be based on the inherent rights of the environment rather than costs and benefits; and that conducting large surveys for environmental valuation is too costly to be worthwhile.

I mentioned in Part 1 of this series that efforts by environmental economists to put dollar values on intangible environmental benefits have been controversial, both inside and outside economics. In Part 2 I talked about why it’s important to have information about environmental values. This time I’ll delve into the criticisms of environmental valuation.

Most criticisms focus on the survey-based methods of environmental valuation, which are the most widely used approaches, so I’ll focus on those.

A major reason why many economists view survey-based estimates of economic values with suspicion is a body of empirical results which seem inconsistent with economic intuition. These anomalous results have often been interpreted as evidence of (a) the hypothetical nature of the question, (b) strategic behavior, or (c) preferences which are either ill-defined or inconsistent with economic theory. (Carson and Groves, 2007, p. 182).

I would add that we should keep things in perspective. Sure, there are likely to be biases in people’s responses to environmental valuation surveys, but there are factors that introduce error and uncertainty into every economic analysis. This is just one of those, and evidence indicates that the errors are not especially large compared to other common sources of error. They are not so big that they can’t be accounted for when results are interpreted. 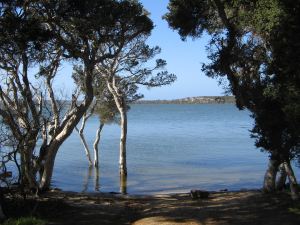 These first criticisms are basically that survey-based methods are likely to be inaccurate, to some extent. While that’s true, what is often ignored is that the technical/ecological information needed to evaluate an environmental investment is also almost always subject to great uncertainty and is, in my judgement, somewhere between quite inaccurate and very inaccurate in many analyses. When applying INFFER we have found that the available information about cause-and-effect relationships (between management and outcomes) is almost always weak. I would say that confidence about that information should often be lower than confidence about environmental values derived from a survey — sometime much lower. And yet I don’t hear people saying that we should not use whatever information we have about cause and effect. Instead, the approach of environmental policy is generally to use the “best available science”, even if the best available is not very good. I believe that’s a defensible position for both ecological information and environmental values. Using approximate information is vastly better than not using any information (PD159).

Next, there are questions about who ought to be providing values and on what basis. Economists generally argue that the values that matter are the values felt by the community as a whole. After all, their taxes are being used for the environmental programs, and environmental assets in a sense belong to us all, not to scientists or government departments. I have sympathy with that position.

On the other hand, it has been argued that, at least in some cases, people are not sufficiently well informed about the environmental issues at stake to provide meaningful values. There is an element of truth in that too. Indeed, at least some community members feel that it should not be up to them to specify what the environmental values are. They prefer to leave it in the hands of experts (Clark et al., 2000).

That is, in fact, what happens in most cases. Experts, often environmental scientists or environmental managers, are asked to provide advice and make decisions, and the decisions they make reflect environmental valuations, sometimes explicitly, sometimes implicitly. Government systems are quite accustomed to this approach and are pretty comfortable with it.

I think both approaches potentially have merit. The two groups (lay people and experts) tend to use different criteria to represent environmental values, and both are relevant. The more ecology-based, longer-term, less utilitarian criteria that experts tend to use may in fact result in benefits for the community that lay people do not recognise or anticipate. It’s striking that although there has been an enormous amount of work trying to improve the quality and rigor of public survey approaches, there has been almost no equivalent work by economists on expert-based approaches, which are actually much more commonly used. There is scope for some really valuable work in this space. 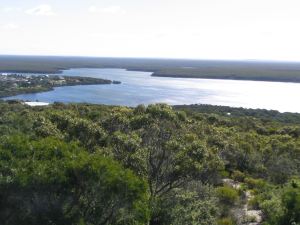 Some people feel it is just wrong to try to put dollar values on environmental assets. I can see where this feeling comes from, but I don’t buy it. We (or at least our representatives in government) make decisions about the environment all the time, weighing up whether resources are best used for the environment or for other purposes. Every time we do that, we implicitly put a dollar value on the environment. Non-market valuation techniques just do that in a more transparent and democratic way. Sometimes people seem to feel that valuation studies should not be used as the basis for decisions to fund or not fund environmental projects, because all such projects should simply be funded. I think that’s completely indefensible. Every public investment in the environment has an opportunity cost – it means less public investment in health, poverty alleviation, disability services, etc., or more tax collected. To ignore that and prioritise environmental projects above all others would be morally wrong, in my view.

There is an argument put by some that the environment should be treated as if it has innate rights, much like human rights. This seems to imply that those rights should not be violated under any circumstances. If that’s the view, it amounts to the same as the previous view that I described as morally wrong. In any case, human rights (and even human life) are not protected at any cost, so why should environmental rights be? For example, as a community we pay only so much to reduce the risk of a death at a busy road intersection. We could have fly-overs at every intersection if cost were no object.

Finally, on the subject of cost, there is the fact that conducting non-market valuation studies costs money. It’s quite expensive actually. A set of good-quality results costs of the order of $50,000. Even though it’s true that information on environmental values is valuable, the value of that information (better environmental outcomes as a result of improved decision making) needs to be weighed up against the cost of obtaining it. It will be worth paying for the information in some cases but not others. Or it might be worth paying for approximate information but not relatively accurate information.

And yet, as I argued in part 2, we do need information about the values of environmental assets to help decide whether they are worth investing in. Next time I’ll discuss how we might cope with this dilemma.