One of the uses of Benefit: Cost Analysis (BCA) is to compare different projects to see which should be given priority for funding. What if the projects to be compared have different lifespans – different time durations over which their benefits and costs are generated? How should we account for that when comparing them?

I’ve recently looked at over 50 BCA textbooks and government guidelines, and it’s striking how inconsistent their advice is on this question.

Most BCA textbooks and guidelines provide no advice at all on how different project lifespans should be handled, implicitly indicating that it’s an issue that can be ignored.

On the other hand, some authors make strong statements about it. For example, “Projects with different timeframes cannot be compared directly on the basis of their NPV [Net Present Value] values.” (Dobes et al. 2016, p. 117), or “Projects with different time frames are not like-for-like and not directly comparable. The analyst must make adjustments.” (Boardman et al. 2017, p. 213). The “adjustment” most commonly recommended is to convert the NPV of each project into an equivalent annual value (EAV, i.e., an annuity) and use those to compare the projects.

Alternatively (and less conveniently), analysts may use the “rollover” method, whereby the projects to be compared are assumed to be repeated (with the same benefits and costs) for as many times as necessary for their final years to coincide, and NPV is calculated for the full sequence of repeated projects. These two approaches (EAV and rollover) provide the same ranking of projects. 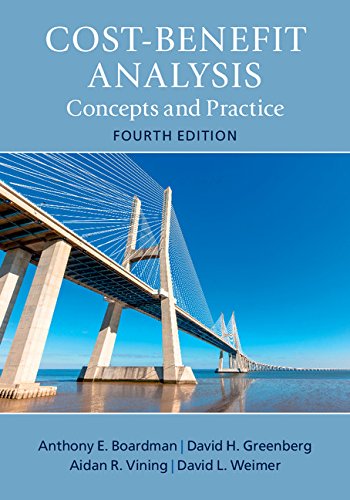 But is this advice to use EAV or the rollover method correct? It depends on two key factors: whether the projects being compared are independent (as opposed to being mutually exclusive), and whether there is a constraint on the budget to be allocated amongst the projects. (If a set of projects are independent, their benefits and costs are unaffected by which of the other projects are done.) None of the textbooks or guidelines I’ve looked at recognises that the correct advice varies in these different cases.

The advice to use EAV or the rollover method is most relevant if the projects being analysed are mutually exclusive (e.g., they are different versions of the same project so you can only do one of them, at most) and some of them have different time frames. If it is realistic to expect that a project with a short time frame would be repeated and that it would yield exactly the same net benefits in subsequent rounds, then using EAV or the rollover method yields the NPV-maximizing outcomes.

However, it is important to consider whether these two conditions are satisfied. For some short-duration projects, repetition is unlikely or impossible, or if a project is repeated it may have different net benefits in their repeat rounds compared to the first round (e.g., due to anticipated changes in climate, population, policy or technology).

A more general strategy for comparing mutually exclusive projects with different lifespans is to think through what is really likely to happen following the completion of the first round of any projects with lifespans shorter than the timeframe for the BCA, estimate benefits and costs for realistic scenarios out to the end of the BCA time frame, and compare them using NPV. If it is realistic to expect a repeating sequence of a project with identical benefits and costs, then represent that in the BCA; if benefits and costs would vary in different rounds of the project, represent that; and if a project would not be repeated after an initial round, represent that.

Next, consider the case of independent projects with a budget constraint. In this case, the advice to use EAV is not correct and would result in inferior rankings. The decision rule that maximises the overall NPV from a portfolio of investments in this situation is to rank projects by Benefit: Cost Ratio (BCR) (calculated with constrained costs in the denominator and unconstrained costs subtracted from the numerator).

There is no need to use the rollover method when calculating the BCR because it makes no difference to the BCR that is calculated (assuming that subsequent rounds of the project are exact repeats of the first round, including which costs are constrained, and that a constant discount rate is used); the BCR for a single round of a project is identical to that for multiple rounds.

The final case is where there are independent projects and no budget constraint. In this context, the correct decision rule is that all projects with NPV > 0 and BCR >1 should be funded. This rule is not affected by projects having different time spans. The analyst could convert the NPV to an EAV and use the decision rule EAV > 0, but it is not necessary and it will not alter the recommended decisions.

The bottom line is that you don’t need to worry about different project timespans unless you are comparing mutually exclusive projects. And if you are doing that, the most common textbook advice should not be applied mindlessly. There might be a better approach.

Dobes, L., Leung, J., and Argyrous, G. (2016). Social Cost-Benefit Analysis in Australia and New Zealand: The State of Current Practice and What Needs to be Done, ANU Press, Canberra.