I am a contributor to a new book on water policy, just published by Edward Elgar. It is called ‘Water Policy Reform: Lessons in Sustainability from the Murray–Darling Basin’, edited by John Quiggin , Thilak Mallawaarachchi , Sarah Chambers.

The book results from a workshop held in Brisbane in October 2010, just after the release of the infamous ‘Guide to the Murray-Darling Basin Plan’, which caused so much unnecessary controversy among rural communities in the Basin. I commented at the time (in PD176) that it was a very good workshop, so I have high expectations for the book. 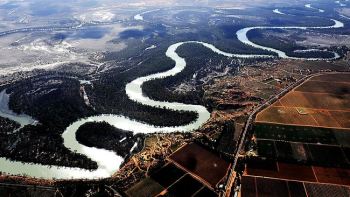 Included within it are chapters on the history of water policy in the Basin, why the guide failed, what could be done to fix it, predicted economic impacts of the plan, and some of the social issues involved. For details, or to order the book, go to  the publisher’s web page.

My contribution arose from being asked to provide a summary of the key points at the end of the workshop. I decided to do this in verse, with stanzas in limerick form. The editors liked this, and asked to include it at the end of the book. After a bit more work to polish it (thanks to Leona Theis for her help), I provided the final version which has been included. As an ad for the book’s contents, here  it is.

Some say many jobs will be wiped
Economists say, “That’s been hyped
The doomsday is twaddle
Just look at our model”
But no-one believes what we’ve typed

The market’s the way to get water
Just buy it, we think that you oughta
It should be sufficient
To know it’s efficient
The cost will be less than a quarter 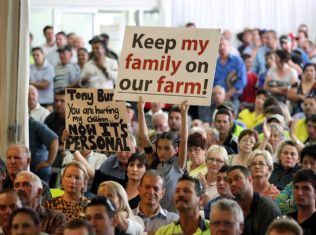