The idea of putting dollar values on intangible environmental benefits seems to polarise people. At one end of the spectrum, some believe it’s of critical importance – seemingly the most important thing environmental economists can do. At the other end, some feel that it’s a waste of time, or even morally repugnant. Over several Pannell Discussions, I’m going to explore the arguments behind this range of views.

Some people from outside environmental economics seem to assume that what we mainly do is put dollar values on environmental benefits. In fact our work covers a wide range of issues and research methods, of which research to value environmental intangibles (which we call “non-market valuation”) is a relatively small part.

“Small, but important and under-resourced”, some argue, including some economists and some non-economists.

“Irrelevant and over-resourced”, others argue, again including some economists and some non-economists.

Of course, the reality is complex, and not so black and white, so let’s look at the black, the white and the shades of grey.

Before I get to that, I’ll briefly outline the four main non-market valuation methods. I need to do this because they have different strengths and weaknesses.

Two of the methods are based on observing people’s behaviour. Environmental values are inferred from what people actually pay, or the amount of time and resources they actually commit, to secure an environmental benefit.

The “travel-cost method” examines how much people pay (in time, petrol, vehicle depreciation, etc.) to travel to particular environmental assets. (It’s more complicated than that sounds. I’m not going to go into details.) For example, this method has been used to value lakes (Fleming and Cook, 2007) or art exhibitions (Vincente and de Frutos, 2011). Clearly, this is only useful to get values for the types of environmental assets that people go to visit, and even for those assets it only captures the values that are generated by visiting. The more intangible benefits, like “existence values”, are not captured. Still, travel cost values provide a lower-bound value, which may be useful. 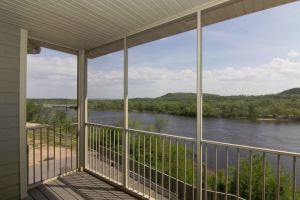 The other two methods are based on surveys.

“Contingent valuation” is the most widely applied of any of the four (e.g. Epstein, 2003). There are various flavours of contingent valuation, but they all involve people responding to hypothetical questions about their willingness to pay for environmental benefits, or the compensation they would require in order to be willing to tolerate adverse environmental changes. For example, one version asks people whether they would be willing to pay at least $X for a particular environmental change. You vary X for different people, and ask lots of people the same questions, generating a distribution of values.

The other survey-based approach is called “choice experiments” (Hoyos Ramos, 2010; Gillespie and Kragt, 2012). That could be a bit confusing for scientists, because it doesn’t actually involve experiments in the physical sense, just hypothetical ones. People are offered sets of options and asked to choose the one they prefer. The options include various levels of environmental benefits, and usually include different costs of obtaining those benefits. If you design it well, and ask enough people, you can again use statistics to infer the dollar values that people assign to the environmental assets in question.