Putting dollar values on intangible environmental outcomes is probably the most controversial aspect of environmental economics. Is that why this information is not used more by environmental managers and decision makers? It turns out that the answer is no.

In an earlier Pannell Discussion (PD175), I observed that people in environmental organisations and agencies are sometimes resistant to using information from “non-market valuation” research on the monetary-equivalent values of environmental benefits, especially the more intangible benefits. Despite a lot of research, and quite concerted promotion of the approaches by some researchers, they remain under-utilised. I suggested a list of 12 reasons why some people who should be interested in this information don’t use it.

Subsequently, a team of us decided to investigate which of these reasons were most important in reality. Some of the results were quite surprising.

From both groups, we confirmed our initial perception that monetised environmental values are not used by decision makers very commonly. Where they are used, it is mainly to justify an established position or decision. They are almost never used to inform decision making.

We asked both groups why they thought this was. Interestingly, the perceptions of the two groups were strikingly different. 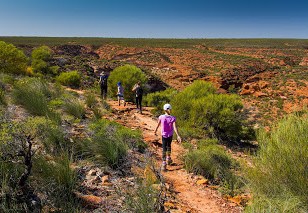 On the other hand, from the interviews with decision makers we learnt that the main reason for non-use was lack of awareness or knowledge. Most could not name a single non-market valuation technique, and only about a third had ever been exposed to valuation results in the course of making environmental decisions. Overall, the level of awareness was much too low for concerns about validity to be a significant factor. You can’t have concerns about something you don’t know about!

Another important issue raised by decision makers was lack of time and resources. The concern with time reflects that management and policy decisions are often made with unseemly haste and without undertaking rigorous analysis. They shouldn’t be, but they are, so the time and resources needed to seek out this sort of information just aren’t available.

A third issue that stood out was a general opposition to the use of economic studies by some people, rather than opposition to non-market values in particular. Here is a quote that highlights the problem: “People within the environment agency, and that’s quite senior people, just laugh at us when we say we could use economics to advise on these things. When they laugh, they actually do laugh.”

The issues identified by researchers were mentioned by some decision makers, but they were far from being the main explanations for under-use.

Going back to my original Pannell Discussion on this, I see that I identified all of the key factors except one – the most important one! I hadn’t realised that simple lack of awareness was the biggest barrier.

During the interviews, we found that when we explained the idea of non-market valuation to the decision makers, many of them were quite positive about it. Whether they’d actually use it in practice if they knew more about it is an open question, but can’t be ruled out.