Last week’s budget included funding cuts to many areas of government, and the environment certainly was one of the areas to suffer. There were some new initiatives, but they were outweighed by what was taken away.

The most substantial environmental initiative in the budget is the Emissions Reduction Fund (ERF), a key part of the government’s election promise of a Direct Action climate policy. The headline commitment is A$2.55 billion, although spending in the next three years will be only A$300 million, A$355 million and A$417 million – 30% less than the amounts announced by Environment Minister Greg Hunt as recently as November last year.

The ERF is intended to replace the carbon tax, which is expected to raise more than A$7 billion in 2013-14. It is no secret that economists generally don’t support this policy change, viewing it as a move from a relatively efficient to a relatively inefficient mechanism that will worsen the deficit. 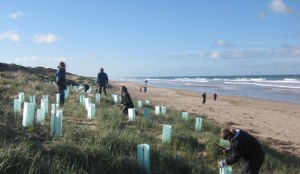 Another of the key initiatives also amounts to give and take. There is A$525 million over four years for the Green Army (another election promise), which will undertake a range of environmental work. But this is almost fully offset by cuts of A$484 million over five years to the Caring for our Country programme and Landcare, now merged into a new National Landcare Programme.

Of the A$1 billion over four years that remains in the merged programme, some is tied to other election commitments, such as a nature corridor in Western Sydney (A$7.5 million), a Whale and Dolphin Protection Plan (A$2 million), and the 20 Million Trees programme (A$50 million).

These changes amount to a substantial cut in funding to Australia’s 50 regional natural resource management bodies – a fate they also suffered after the last change of government in 2007.

On the face of it, the budget looks to have delivered on an election promise to safeguard Australia’s most iconic environmental asset, the Great Barrier Reef, with a new Reef Trust set to provide A$40 million over four years.

But while this sounds respectable, it is a very small percentage of the amount needed to achieve existing targets for the reef. It is also partly offset by a A$2.8 million cut (over four years) to the Great Barrier Reef Marine Park Authority.

There are lots more cuts too. The 4900 staff employed in the environment portfolio will be reduced by 300, although that is fewer than might have been feared.

Then there are numerous cuts to existing programs. The most affected areas, predictably, are those related to climate change, including carbon storage, renewable energy and alternative fuels. The Australian Renewable Energy Agency is to be wound up, saving A$1.3 billion over five years starting in 2017-18. Funding of A$1 billion remains to support existing projects.

Another large saving is a A$459 million cut to the Carbon Capture and Storage Flagship Programme, also commencing in 2017-18.

Biodiesel and ethanol will both be subject to increasing excise rates, growing to 50% of the “energy content equivalent tax rate” (the scale by which fuels are taxed according to how much energy they contain) by 2021. This will reduce the incentive for people to prioritise these fuels over fossil fuels.

Meanwhile, there are various cuts to fuel efficiency and green technology measures, including:

Water is also a target for cuts, with the abolition of the National Water Commission (A$21 million over four years) and savings of A$408 million in the Sustainable Rural Water Use and Infrastructure progam, leaving that program with A$4.5 billion over 10 years.

These savings include reduced funding for water buyback, with the government prioritising water recovery through infrastructure projects. In this, the government has chosen to prioritise a highly inefficient method to generate water, in response to political pressure from the agriculture sector. As with the changes to climate policy, this policy conflicts with the government’s aim to be seen as a sound economic manager.

Environmental research funding will probably be affected by cuts to CSIRO (A$111 million), the Cooperative Research Centre program (A$80 million) and the Australian Research Council (A$75 million). It will definitely be affected by cuts to the National Environmental Research Program (A$21 million), the Office of Water Science (A$10 million) and the Australian Institute of Marine Science (A$8 million).

Finally, the decision to resume indexation of the fuel excise will have an incidental effect on the environment. One cannot help being struck by the irony of this measure being introduced by a government that was so highly critical of the carbon tax and the burden it places on the community.

The initial cost of this change will be relatively minor (A$280 million in 2014-15), but it will grow rapidly year by year (to A$1.85 billion by 2017-18). Before long, its annual cost may exceed that of Australia’s carbon pricing arrangements, depending on how prices change in Europe’s carbon market, which the previous government had signed up to.

Not that I’m being critical of the decision to index the fuel excise. As well as generating revenue, it will reintroduce at least some of the incentive to reduce fossil fuel consumption that will be lost if the Senate approves the government’s plan to dismantle the carbon pricing system.

That point aside, it is not a good budget for the environment – but then that was expected. In relative terms, the environment probably hasn’t been hit any harder than other areas like health and education.

A version of this article was first published in The Conversation on 14 May 2014.

I did an interview on ABC Radio National (Bush Telegraph program) on 16 May 2014 about Landcare and the Budget. You can listen to it here. (My bit starts about half way through the item.)