Additionality is an important criterion to consider when a funding agency is selecting which projects to support. It is relevant to many different types of projects, including, for example, those related to the environment, agricultural production, natural resources and health promotion.

Suppose that your employer was planning to provide you with a new iPhone 6 the next week. You weren’t aware of this, and bought yourself an iPhone, only to find out later that you could have avoided the cost if only you’d asked them.

Additionality is like that. It’s about asking, what will happen if we don’t fund this project?  (… if you don’t buy the iPhone.) To what extent will the goals for this project be achieved anyway even if we don’t fund it? (You’ll get an iPhone anyway.) And how large will the additional benefits be as a result of the project if we do fund it? (Zero!)

A lot of systems for evaluating and selecting projects don’t ask these questions. They implicitly assume that all of the benefits generated will be additional, but this can be way off the mark.

For example, Claassen and Duquette note that, prior to their new study, the additionality of tens of billions of dollars spent by the US Department of Agriculture on conservation programs had never previously been assessed. The practices they looked at were soil conservation structures, buffer strips, conservation tillage, and nutrient management. 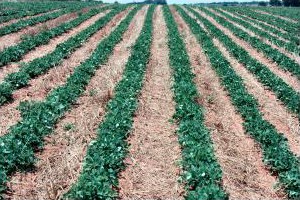 They present data for these practices showing that, of those farmers adopting them in 2009-2011, the great majority did not receive funding. This raises a rather pointed question about additionality for those who did receive funding – how many of them would have adopted anyway, even without the funding? A practice like conservation tillage is so beneficial for most farmers that the idea of paying them to do it is, frankly, ridiculous. And yet the USDA has spent many millions of dollars doing exactly that – money that would have been better spent promoting conservation practices that would not otherwise have been adopted.

Additionality is built into Benefit: Cost Analysis (BCA), although it is usually given a different name: the “with versus without” principle (see PD237). This says that the benefit of a project should be estimated as the difference in value between the outcomes that occur with the project versus without the project. It’s identical to the idea of additionality, and it is just about the first thing one is taught when learning about BCA.

It’s common sense, really, and no economist worthy of the name would ever get this wrong. But it is remarkable how many project evaluation systems made up by non-economists do get it wrong. Maron et al. (2013) checked out 16 different systems from around the world for estimating conservation benefits from investments. Of the 16, 15 got the with-versus-without comparison wrong in one way or another.

I’ve been focusing above on cases where a new practice is highly attractive to people, and so will be adopted without incentive payments. Clearly, the additionality of such payments would be low, so they are not good investments.

At the other extreme are practices that are highly unattractive to the people who would have to adopt them. They would be additional if we could pay people enough to get them adopted, but the amount we’d have to pay is really high. These are additional, but not good investments because of their high cost.

The best projects for funding support are those that promote practices that are viewed as neutral or a little bit attractive, so that some additional pushing from a program can make a big difference to their uptake (Pannell 2008).

p.s. 5 October 2014. “Market failure” is another economic concept that relates to additionality. The idea is that one should examine whether a new policy or project would do better than the free market before committing to it. If people have good information, and there are no externalities or public goods, the starting point should be that the new project or policy is not going to generate more benefits in aggregate than would have been generated as a result of people pursuing rational self interest. In other words, there would not be substantial additional benefits.