295 – What is a threatened species worth?

There are around 1800 species included on Australia’s national list of threatened species of fauna and flora. The most severely threatened category, “critically endangered”, includes 6 mammals, 16 birds, 8 fish, 9 reptiles, 5 frogs, 25 other animals and 148 plants.

My feeling is that the general public is more concerned about threatened species than about many other environmental issues. There is something horrifying about the thought of extinction that resonates with most people to some extent.

Nevertheless, our performance at improving the status of threatened species is generally poor, in part because of a lack of funding available to address the problems. 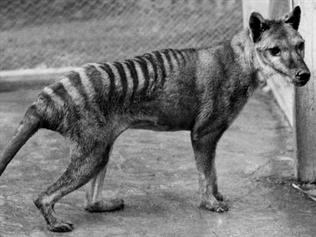 Researchers have attempted to measure the level of public concern about threatened species in a variety of ways. Economists have most often measured it using surveys to elicit people’s willingness to pay to protect a species, or their willingness to trade-off species protection against other benefits that they care about.

The Department of the Environment (as it was then) asked us to review the existing evidence from this body of research. The results are available online here. Here is the abstract from the report:

Literature on non-market valuation (NMV) of threated species and threatened ecological communities was collated and reviewed. We reviewed 76 papers, of which seven were from Australia. There is strong evidence that the broader community does support and is willing to pay for protection and recovery of threatened species. In many cases, the estimated non-market values far exceed the expenditure that would be required to protect or recover the species. However, there are significant gaps in the literature, particularly for threatened reptiles, plants, insects and non-charismatic species. There are no NMV studies of threatened ecological communities. We identify cases where evidence about non-market values has had a notable impact on the management or funding of threatened species. There are many such cases. However, overall utilisation of NMVs in decision making about threatened species is low and there is great potential for benefits if its utilisation is increased. Barriers inhibiting such an increase include lack of awareness of economics in relevant organisations, lack of existing economics capacity in those organisations, the limited volume of existing evidence about NMVs for threatened species and ecological communities, and a lack of time and resources to undertake economic analysis. We make suggestions for future directions for research and capacity-building.