I remember as a child playing in the stormwater drains near my home in suburban Perth. The drains were straight, steep-sided, fenced off (to keep us out) and the banks were bare grass, but the water contained little fish, called gambusia, that we loved to catch, not caring that they were actually feral pests.

These days, there is growing interest in restoring urban drains to something approaching a natural stream, including natural vegetation on the surrounding land. In a study funded by the CRC for Water Sensitive Cities, we set out to measure the benefits from restoring a particular drain in Perth. 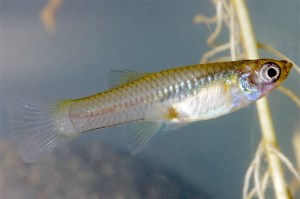 The drain in question was Bannister Creek, which is really close to my childhood home and those other drains I played in.

In 1979 the creek was straightened, deepened, and made into a traditional drain. During the 1980s and 1990s, the area was urbanised, leading to loss of the wetland system and riparian vegetation, nutrient-rich runoff from lawns and gardens, runoff from industry, and increased erosion and pollution problems in the catchment. Additionally, during high-rainfall events, the increase in the volume and speed of water surging through the now straightened and steeply-banked Banister Creek main drain had become a public-safety risk.

In response, a volunteer group formed (the Bannister Creek Catchment Group), with the aim of improving the creek/drain, including a project to rehabilitate a section of it to a “living stream”. The aim was that this would provide flood-mitigation, local amenity benefits, improved water quality, and slower flow velocity.

The restoration project, from 2000 to 2002, involved giving the creek a more natural shape, with meanders, riffles, fringing sedges, gentle sloping banks, and thick vegetation on the banks.

The transformation from drain to living stream can be seen in Figure 1, which tracks the evolution of the area through time.

Figure 2 shows the changes at ground level. They were pretty dramatic.

To estimate the impact of these changes we examined changes in house prices in the area. We used a statistical model to separate out the various influences on house prices, so that we could isolate the influence of the drain restoration.

This approach means that we are capturing the benefits to local residents, but not possible benefits to others, and not ecological benefits that local residents are unaware of. We expect that the measured benefits would include aspects of amenity, recreation and environmental values.

The results were really interesting, and somewhat surprising in their magnitudes. We found that the restoration project had an influence on property prices over a distance of about 200 metres from the creek. Given that the restored section of the creek was about 320 metres long, quite a large number of property values were affected.

In the first few years after project commencement, property values in the area actually fell, probably reflecting a negative attitude to the substantial earthworks that were required.

However, by 2007 the impact had become very positive. On average, the sale prices of houses in the area rose eventually by an average of 3.9 to 4.7% due directly to the restoration project. Considering only these benefits, the costs of the project were only about 25 to 50% of the benefits.

Overall, the results were very encouraging about the prospects for this type of project to deliver worthwhile benefits to the community.