299 – Are higher house prices a benefit or a problem?

In the research reported in PD298, we used the impact on house prices as an indicator of the benefits of an investment in a public amenity. This is a well-established approach, but twice in recent times I’ve encountered an attitude that higher house prices are more of a cost than a benefit. Could that be right?

The issue that people have in mind when they raise this concern is housing affordability. This certainly is something that is worthy of attention. House prices in many parts of Australia (and other developed countries) are often so high that they place great financial stress on buyers with relatively low incomes or they result in too many people being excluded from the housing market.

However, talking to a former government minister last year, she said that measuring improved local amenity by the resulting rise in house prices was not acceptable because rising house prices are a problem for housing affordability. 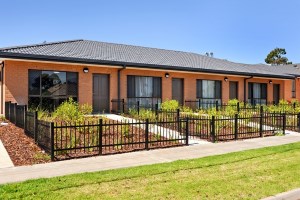 Although I applaud her concerns for the welfare of low-income groups, her rejection of rising house prices as a measure of community benefits is not sound at all.

For one thing, it implies that rising house prices are a bad thing regardless of the cause of the rise. The logical extension of that thinking is that we would prefer completely impoverished suburbs with no amenities or services for residents. Let’s encourage crime, leave road potholes unrepaired, remove all street trees and encourage toxic industries to set up in urban areas. That would certainly result in affordable housing! This is obviously not the solution to the housing-affordability problem.

The second flaw in the politician’s logic was that it confused measurement with objectives. Improving the amenity of a suburb does result in benefits for the residents, and these benefits are reflected in the prices that people are willing to pay to become residents in that area. So the change in house prices that is attributable to the improved amenity is a sound quantitative measure of the benefits. There may also be spillover effects that are viewed as being negative, but the requirement then is to measure those negatives as well, not to reject the valid measurement of the benefits.

Thirdly, the politician is implicitly suggesting we should aim to achieve two different policy objectives (affordable housing and improved urban amenity) using only one policy mechanism, the decision about whether to invest in urban amenity. An important economic insight, known at Tinbergen’s Rule, says that you need at least one policy mechanism for each policy objective – in this case, one related to urban amenity (e.g. investment in drain restoration) and a different one related to affordable housing (e.g. increased land releases). If you try to achieve two objectives with only one mechanism, the community will end up worse off overall than it might have been.

I was completely unprepared for the ex-minister’s comment at the time, and so dazzled by its many problems that I wasn’t able to quickly provide a very coherent counter-argument. I’ll be better prepared if it comes up again.