356. Letter to Minister for Emissions Reduction

This is my draft of a letter to the Minister asking a set of questions about soil carbon in the context of the Government’s new climate change document, “Australia’s Long-Term Emissions Reduction Plan”. I will wait a few days for any comments or suggestions that you may have before I finalise it and send it off.

I read the Government’s new document, “Australia’s Long-Term Emissions Reduction Plan” with interest, particularly the material on soil carbon. I note that the report envisages an important role for soil carbon sequestration in delivering Australia’s targets and that it predicts “landholders could earn around $400 million in additional revenue through the sale of accredited soil carbon sequestration in 2050”. I have some questions about the analysis of soil carbon that underpins the report. I hope you will be able to assist me with answers to these questions. 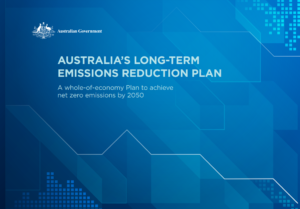 1.  The main agricultural practices that result in increases in soil carbon also involve increases in livestock numbers, resulting in increased emissions of methane. Australian research has shown that, although switching from cropping to pasture can increase soil carbon, the net effect when increased methane emissions are accounted for is close to zero. (Meier et al. (2020) Simulated greenhouse gas emissions from cropped lands match those from permanent pastures after accounting for livestock emissions. Frontiers in Sustainable Food Systems 3, paper 121.) Has this been accounted for in the numbers presented in the Plan, both in the expected level of net sequestration and the predicted payments to farmers? What proportion of the benefits from increased soil carbon sequestration do you expect will be offset by increases in emissions of methane resulting from increased livestock numbers?

2.  To the extent that soil carbon will be increased on cropping land, have the calculations allowed for the increase in emissions of nitrous oxide that would result? Higher soil carbon creates conditions that enhance the conversion of nitrogen fertilizer into nitrous oxide gas. (Palmer et al. (2017). Management practices likely to provide greenhouse gas abatement in grain farms in New South Wales, Australia. Crop and Pasture Science 68, 390–400.) Nitrous oxide has about 300 times the greenhouse gas effect as carbon dioxide, so a small increase in these emissions could offset the benefits of sequestered carbon.

3.  The Plan highlights the Government’s target to reduce the cost of monitoring soil carbon to $3 per hectare. This seems extremely ambitious and its technical feasibility has been questioned by experts. What is the basis for believing that such an ambitious target could be achievable?

4.  Dr Michael Crawford, CEO of the Cooperative Research Centre for High Performance Soils, recently observed that the cost of measuring soil carbon is less of an issue than the lack of reliable, adoptable, profitable methods for sequestering carbon in agricultural soils. What steps is the Government taking to invest in research and development to attempt to generate new methods for sequestering carbon in agricultural soils that are reliable, adoptable and profitable?

5.  Farming practices that increase soil carbon sequestration generate sufficient private benefits for some (but not all) farmers to adopt them without payments.  If these farmers receive payments for adopting these sequestering practices, such payments would contribute nothing to our sequestration targets, because the farmers would have adopted the practices anyway, without the payments (i.e., the sequestration is “non-additional”). The risks of non-additionality in the case of soil carbon are particularly acute because payments for soil carbon will be a small proportion of agricultural revenue. (Your report predicts that farmers will receive $400 million payments for soil carbon in 2050, but this is only 0.3% of the predicted $131 billion agricultural output.) This means that payments will be a decisive trigger for practice change in only a small minority of cases. Most farmers would either adopt the practices without a payment or decide not to adopt them even if a payment is offered. What steps is the Government planning to take to ensure that any payments to farmers for soil carbon are for adoption of practices that are additional to what they would have done without the payments?

6.  Assessing additionality becomes increasingly difficult over time. Once a group of farmers has been in a program and received payment for say 20 years, determining what they would be doing without the payments is subject to enormous uncertainty. Additionality can change over time, depending on changes in markets, technology and climate. (Thamo, T. and Pannell, D.J. (2016). Challenges in developing effective policy for soil carbon sequestration: perspectives on additionality, leakage, and permanence, Climate Policy 16, 973–992.) What is the Government’s plan for assessing the additionality of soil carbon payments in the long term?

Thank you for your advice.

39 thoughts on “356. Letter to Minister for Emissions Reduction”