Strong, inspiring, visionary leadership can have a huge influence on people, pulling them together and changing their direction. But is it the only thing that can achieve that? And is it necessarily a good thing?

I participated in a very interesting discussion about leadership this week. One of the participants was a radio astronomer who had been involved in the successful bid for the Square Kilometre Array project in Western Australia – a massive undertaking. She said that a key factor in getting radio astronomers to overcome their differences and unify behind the bid was a small number of outstanding leaders in the discipline. Most people in the discussion were agricultural scientists, and they were discussing whether agricultural scientists could also get a large, visionary national project funded in Australia and what could be learnt from the SKA experience.

One of agriculturalists argued that leadership is not just important for change, it is essential — that you generally don’t see big changes occur across a large group of people where the change propagates from the bottom up. That was quite thought provoking, and at the time I couldn’t think of a counter example. 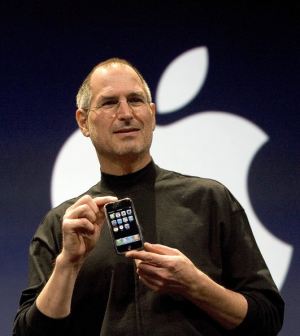 Later on I identified a couple of economics-related examples where major changes regularly happen without any leadership at all. One is our adoption of new technologies. Think of Steve Jobs and Apple. No doubt, Jobs was the archetype of a strong, inspiring, visionary leader within Apple, and had a huge influence on the company and its staff. But outside the company, it was different. We didn’t all buy ipods, iphones, ipads and ikettles because we were inspired and led by Steve Jobs. (Well, maybe a few did, but mostly not.) We did it because these are great products, and perhaps because Apple has a cool reputation. Millions of us changed our behaviour towards purchase of Apple products, and that in turn further influenced our behaviour in myriad ways, but there was no unifying leader that directly influenced us to change in these ways.

Another example is the behaviour of people in markets. Markets can have a major influence on the behaviour of people by the simple mechanism of pricing. If there is a shortage of a product (say, wheat), the price is bid up. This encourages more producers to produce wheat, and it encourages consumers of wheat to cut back on their wheat consumption, so the shortage is addressed. The wonder of the market is that there is no leadership required for this to happen. It occurs efficiently and reliably through the aggregation of many individual decisions.

Could these examples provide a different way (other than by leadership) to bring agricultural scientists together, to push them in a particular new direction? Perhaps it would be possible to think about the incentives that scientists face and influence their behaviour by modifying those incentives. That might mean that we wouldn’t need inspiring leadership, but I think we would still require strong leadership with a clear vision to arrange for the new incentives to be put in place. So for this particular type of change, my feeling is that the comment was right; leadership is crucial.

My other thought about this, though, is that we should be careful what we wish for. The directions that leaders take us in are not necessarily good ones. In the agricultural context, I’d point to the history of salinity in Australia. The profile of salinity as a problem for agriculture (as well as for water, biodiversity and infrastructure) grew through the 1980s and 1990s, culminating in the creation of the National Action Plan for Salinity and Water Quality in 2000. A small number of high-profile scientist leaders/advocates were pivotal in the creation of this $1.4 billion program. It was the one of the biggest environmental programs in Australia’s history, and its creation must have seemed like a huge success for those who had been pushing for it. But in fact the program was fundamentally misconceived. It would have needed to be designed and delivered in entirely different ways to have any chance of meeting its objectives. In the wake of its obvious failure, resources for salinity management and salinity research have almost completely dried up. So the apparent major success of getting a huge national program established was actually the beginning of the end of the issue as a national priority.