224 – Torturing ourselves over discounting

Economists’ practice of discounting benefits from the distant future to make them comparable to current costs is fraught with disagreement and controversy. But for projects that are not very big and very long-term, there is often no need for us to torture ourselves over how and how much to discount.

Discounting became a topic of broad discussion in the wake of public debates about studies of the economics of climate change mitigation. Most of the predicted benefits from actions we take now to attempt to mitigate climate change are predicted to occur in the distant future – e.g. 100 to 200 years hence. Discounting is used to convert those future benefits into present values, so that they can be compared with present costs, in order to judge whether and which action is worth taking. 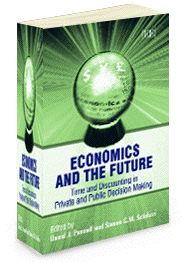 The fact that views about discounting are so diverse reflects that we actually don’t have a sound theory for discounting in the long term that deals with all of the complexities of the issue. As Steve Schilizzi and I point out in our 2006 book on discounting, a sound theory for discounting in the very long term would have to deal simultaneously with three issues: efficiency (maximising the size of the pie, irrespective of who wins and loses), equity (who wins and loses) and uncertainty (which, when thinking about the very long term, is extreme).

I provide an intuitive illustration of the difficulties and dilemmas in Pannell Discussion 34.

For now, my view is that, if we are going to use discounting for benefits and costs in the very long term, the most defensible approach is that of Weitzman. He at least allows us to combine efficiency and uncertainty (about the discount rate – not about other things). I don’t think anybody has any valid idea how to adjust discount rates to account for equity. Certainly not Stern. His adjustments, supposedly for equity, made his results more inequitable, in my view.

Maybe some bright spark will sort it out eventually. Or maybe the problem is just intractable and will never be resolved. Maybe we’ll eventually converge on the view that discounting is the wrong way to think about the problem – that’s where my colleague Steve Schilizzi has moved to recently.

Given all the options and disagreements, discounting is a topic that environmental economists like to torture themselves and each other with. We write many papers and books and reviews about the options and the difficulties, often sounding confident, but in reality not getting particularly close to a genuine resolution.

Of course there is uncertainty about most projects or investments, even in the short term. But it’s usually fairly safe to assume that the range of potential outcomes is within a probability distribution that we can imagine in the present. In the very long term, it’s not safe to make that assumption; the world is likely to change in fundamental but currently unimagined ways.

Equity is a significant factor that needs to be considered in the short term as well as the long term, but in the short term it is possible to offset undesirable equity outcomes using other mechanisms, such as financial transfers. In the short term, adjusting discount rates is clearly not the way to pursue equity. For large, long-term problems like climate change, my feeling is that efficiency and equity are intertwined and inseparable (although it still isn’t clear that adjusting interest rates is a sensible way to advance equity). 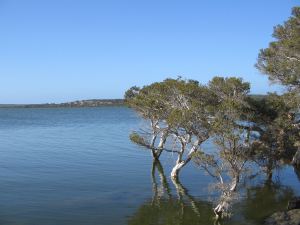 So for projects that are not really big and long-term, my view is that standard text-book discounting methods are completely appropriate. The discount rate should be the opportunity cost of capital (often the interest rate on borrowings). This applies to all sorts of projects, including environmental and social projects that generate non-financial benefits.

Even if the project you are assessing would generate benefits beyond 30 years, sometimes it’s reasonable just to ignore those later benefits. This isn’t as bad as it might sound, as present values are small relative to future values beyond 30 years (e.g. if a constant discount rate of 5% is used, future values get reduced to 23% after 30 years, 9% after 50 years).

Another potential justification for ignoring benefits beyond a few decades is that one’s confidence that those benefits would actually be maintained decreases for the more distant future.

Thirdly, it may be that we are only interested in generating the benefits for a few decades and not beyond.

Fourthly, for many projects, including or excluding those later benefits would not alter the decision on whether to fund the project. This could be explored using sensitivity analysis with different discount rates or methods. If the result is not affected by inclusion or exclusion of later benefits, we can conveniently side-step the tricky issues around long-term discounting.

Of course, there are cases where the long-term benefits really matter to us and would make a difference to funding decisions. In these cases, follow  Weitzman.

Weitzman, M.L., (1998). Why the far-distant future should be discounted at its lowest possible rate, Journal of Environmental Economics and Management, 36(3), 201-208. IDEAS page for this paper