In February I spent two weeks on holiday in the north of India, visiting Delhi, Agra, Jaipur and Jodhpur. For many years, I had been reluctant to go there, afraid of being overwhelmed by the culture shock and the poverty. In the end, there was plenty of both, but perhaps less than I expected, and I really enjoyed the visit.

Here are some quick impressions about some of the main things that stood out to me.

There is plenty of evidence that India is developing rapidly. Between 1980 and 2014 its Human Development Index increased by 68 percent, and its Gross National Income per capita (in constant dollar terms) increased from $1255 to $5497. Their economy is continuing to grow rapidly: at 7.6% (real) in 2016.

Still, there are many people doing it very tough – e.g. sleeping under overpasses or in train stations. There was more begging on the street or at traffic lights than I had previously encountered elsewhere.

On the other hand, there was less of that than I expected. We were able to give to many of the beggars we encountered without feeling like it was overwhelming.

The huge majority of people look like they are doing OK. And there are plenty of people who are clearly doing very well indeed.

The population of India is 1.27 billion, and it’s growing at 1.19% (15 million people) per year. It will overtake China as the world’s most populous country in about 2022. 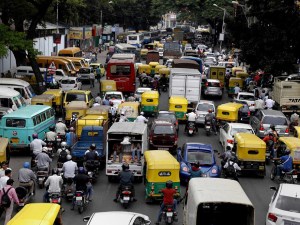 Sometimes in Delhi it feels like they are all on the streets! Indian traffic is like nothing else I’ve ever encountered. Countless millions of cars, tuk tuks, motorbikes, trishaws, and sometimes buses and trucks. Not to mention cows and pedestrians.

The congestion is absolutely terrible of course, but just as remarkable is the way the traffic works. It feels like one is in a school of fish rather than a flow of traffic. Lanes are completely ignored. One moves forward into any available gap, seemingly no matter how narrow it is. When roads intersect, the cars just sort of inter-mesh and weave their ways through. You can’t wait for a break in the traffic before you cross, because there will never be one. I never got used to the alarming way that our drivers turned left onto roads or into roundabouts – they just drive on, seemingly without even looking whether there is room for them. The traffic just has to make room.

People are also quite relaxed about driving into oncoming traffic if doing so would be convenient. Our own drivers did it several times, and we once encountered a large truck coming straight at us in our lane: the inside lane of a dual carriageway road! Pauline screamed, but our driver was quite unruffled. He just shuffled to the left as if it wasn’t surprising. Because it wasn’t.

Apart from the traffic, it can be pretty crowded for people as well. Walking through the market area in Old Delhi it sometimes seemed about as crowded as being inside a bus in peak hour in Perth, but we were in the open. 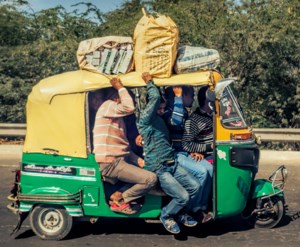 Crowding was most intense inside some of the vehicles. I was part of a group of three, and we felt quite packed in in the back of a tuk tuk, but I saw plenty of tuk tuks with about eight passengers and one that surely had more than 10. It was common to see three passengers in the front with the driver, and he only has a single seat. One person would often be sitting under the driver, the other two teetering on a few inches of seat on each side.

On the other hand, we did manage to find plenty of relatively uncrowded places too, particularly some nice parks. The crowds are intense but not continuous.

Animals in the street 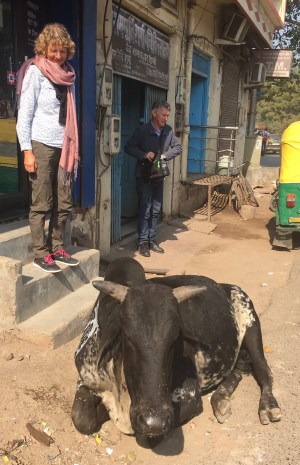 I’ve never seen so many different types of animals in urban areas: cows (of course), dogs, camels, horses, donkeys and monkeys are commonplace, and in Jaipur there are elephants. I witnessed a pitched battle between rival monkey gangs near the Taj Mahal.

Delhi is famous for its poor air quality. According to the World Health Organisation, Delhi has the worst air quality of any major city in the world.  I had previously visited Beijing and experienced its appalling air quality, but Delhi is 43% worse (in terms of fine particles, which are the most damaging to health).

Fortunately it wasn’t too terrible while we were there, but on average air pollution kills about 1.5 million Indians per year – their fifth highest cause of death.  There is increasing awareness of the problem, but they’ve got a long way to go. For example, burning rubbish (including plastics) in the streets is still common.

The other local environmental issue that stood out was garbage in the streets. Particularly in Delhi and Agra, the garbage situation is absolutely woeful. Jaipur and Jodhpur were much better, apparently due to official efforts to raise awareness and clean things up. They are also much better for air pollution. Hopefully, rising incomes will result in people in other cities wanting to follow the examples of those two. 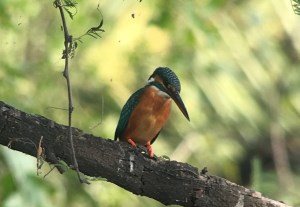 With so many people to fit in, you have to go looking for relatively natural areas. We went to Keoladeo National Park south of Agra, and it was absolutely fantastic. The range of birds, especially water birds, was just amazing, and there are plenty of other animals as well. We saw jackals, mongooses, deer, antelopes and bats. Highly recommended.

I’m completely hopeless at haggling. When buying small items, my heart is not in it, because fundamentally I am quite happy not to pay the lowest possible price, on the basis that it is still cheaper than I’d be happy to pay in Australia, and these people need the money more than I do. Add to that the fact that Indian sellers are masterful and incredibly persistent persuaders, and you can see the risks I faced. Oh well, it was an experience. I’ve always wanted 12 crudely hand painted plastic elephant key rings.

I love Indian food. There were lots of great dishes you never see at an Indian restaurant in Australia.

I used to always get really sick in developing countries, but over time I’ve developed a relatively effective strategy: carry hand wash and use it regularly, be cautious when choosing where to eat, and take Travelan before each meal. (And of course only drink bottled water.) I’ve now used this approach in Indonesia, Vietnam and India without getting a single serious stomach problem. In India I added another element to the strategy: only eat cooked vegetarian food. This was no hardship at all, given how good their vege food is.

We read a bunch of horror stories about the dangers before we went there, but never felt in any danger (apart from on the roads). Our guides warned us a lot about pickpockets, but we kept our valuables in pickpocket-proof bags, with metal reinforcing, so felt safe.

Overall, it was a great experience. Despite the various challenges, I’m really glad I went.