310. Additionality can be tricky to assess

Many environmental policies and programs pay public money to people or businesses (or give them tax breaks or discounts) to encourage them to adopt more environmentally friendly practices and behaviours. A seemingly common-sense rule for these sorts of programs is that we shouldn’t pay people to do things that they were going to do anyway, without payment. But it can be quite a hard rule to apply in practice.

The idea that we shouldn’t pay people to do things that they were going to do anyway goes under the name of “additionality”. (It is also related to the with-versus-without principle in Benefit: Cost Analysis, and the concept of market failure – see PD272).

Some environmental programs do a poor job of checking for additionality. As I noted in PD272, much of the money given to farmers in US agri-environmental programs is not additional. In Australia, the Direct Action program for climate change doesn’t consider additionality well when selecting the winning bids in their reverse auctions (it compares practices before vs after signing up to the program, not with versus without).

So, environmental programs that allocate money to people or businesses should worry about additionality, but how? It can be harder than it sounds. It’s all very well to say, “only pay people if they would not have done it anyway”, but how do we know what they would have done anyway?

Sometimes it’s reasonably easy. There are cases where we can be pretty confident that people would not have done the environmental action, and will not start doing it in future, without a payment or regulation. I suspect that most of the work on Australian farms to fence off waterways to exclude livestock would not have happened without payments to cover the cost of fencing materials.

In the US, the Conservation Reserve Program pays farmers to remove agricultural land from production and plant environmentally beneficial species. This is probably mostly buying actions that lead to additional outcomes.

The nature of these additional activities is that they are things that are not normally done by farmers. This is largely because they cost the farmer money. 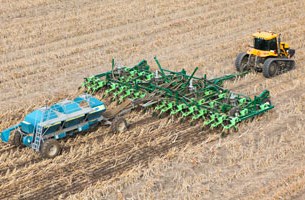 Judging additionality can be much trickier for environmental actions that also generate enough private benefits to be potentially worth doing by the private individuals or businesses. Zero tillage is a good example. Widespread adoption by farmers of zero tillage in Australia, Canada, the US and some other countries has substantially reduced soil erosion, with a range of off-farm benefits. But the reason this practice has been adopted so widely is that it can be very beneficial to the farmers who adopt it. Paying Australian farmers as a reward for doing zero tillage would be pointless, because most of them are already doing it. The public benefits would not be additional.

But imagine how it was in the early days of zero tillage. From the time when it was first developed, it took several decades for zero tillage to be taken up by most farmers. For the first decade, there were very few adopters. A program looking at subsidising zero tillage in 1990 would probably have judged that the payments would lead to additional benefits, and I would not have blamed them. 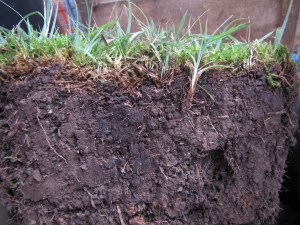 But how would the agency know? The economics of a mixed farming system are very complex, and highly context specific. I worked on nothing but the economics of mixed farming systems for about 15 years, and it would take me quite a bit of effort to assess the additionality of perennial pastures on a particular farm. It would likely vary from paddock to paddock within the farm. The agency could potentially pay consultants to regularly assess the economics, but the costs of doing so on an individual farm would probably outweigh the value of the additional stored carbon.

What the Australian Government’s Emissions Reduction Fund does instead is a before-vs-after comparison of soil carbon, and it assumes that all of the increase is additional for the life of the agreement. This works initially, but the longer the agreement goes on, the larger the chance that additionality will be lost. If it is lost, then the public money allocated for converting to perennial pastures will just be a gift to farmers who would have done it anyway. The gifts could be small and short term or large and long-term; it’s impossible to know in advance. If it turns out to be large and long term, it is the farmer’s good luck – there is no mechanism in the program to turn the payments off.

Should the program have been designed differently? As I said earlier, rigorously assessing additionality on each farm over time is probably not feasible for this practice. It would cost so much that the investment in soil carbon sequestration was not worthwhile.

Additionality could be assessed for a region, rather than for many individual farms. That would make it more affordable, but given the high heterogeneity of the economics of perennial pastures within a region, or even within a farm, the assessment would be wrong in many cases. Still it might be judged to be acceptable as a compromise.

The other alternative is not to provide payments for soil carbon sequestration at all. Personally, that would be my recommendation. There are other problems with paying for soil carbon as well – leakage and permanence, not just additionality (Thamo and Pannell 2017) – and I don’t believe it’s possible to develop a sound policy that is worth the transaction costs.

Although assessing additionality can be difficult, I’m not saying that it is irrelevant. It is always worth thinking it through carefully when setting up an environmental program, and sometimes it is feasible to do a reasonably reliable assessment of it at reasonable cost. But not always. If not, then the program managers have to judge whether the risk of non-additionality is so high that it is not worth proceeding with the program. That’s a difficult judgement that should not be made lightly.

13 thoughts on “310. Additionality can be tricky to assess”